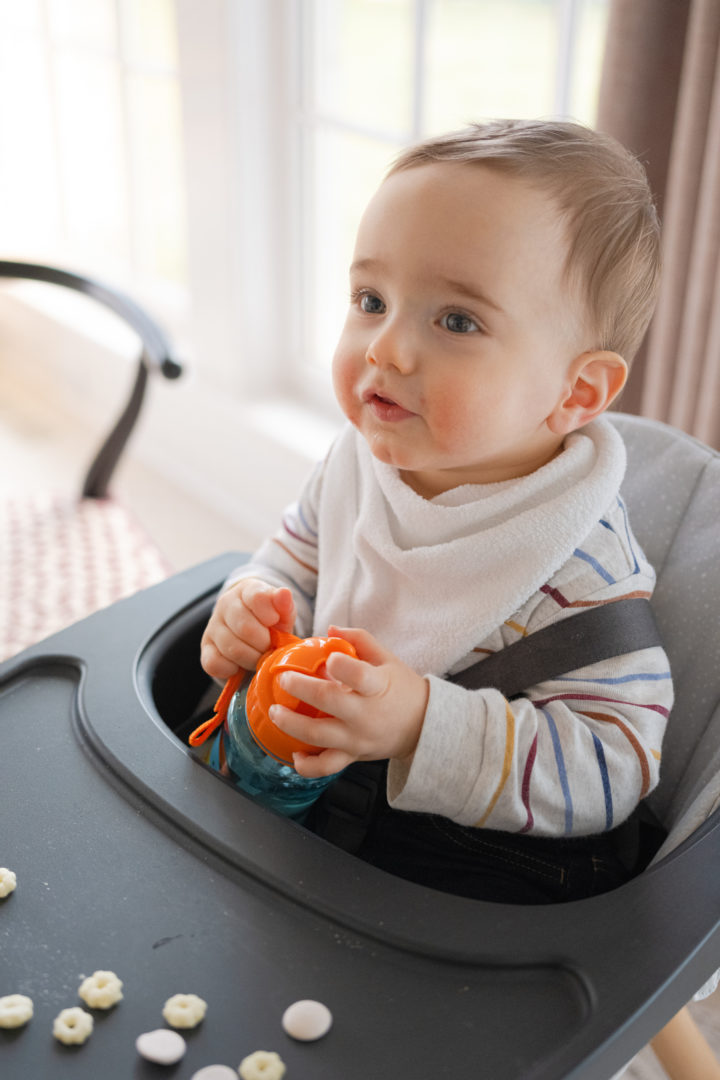 When I took Mateo in for his 9-month checkup at his pediatrician, his doctor asked me how finger foods were going. I was like, “huh?” I mean I know it’s only been four years since I did all of this the last time, but it’s kind of bananas how much I’ve forgotten about. I thought he had to have teeth first!

(side note: he has teeth NOW, which have come in the past two weeks).

His doctor told me that he in fact did NOT need to have teeth to start finger foods. She told me to start slow with some puffs and things he could easily mash with his gums, or anything soft like chopped avocado or banana. She said I’d be surprised how well he could mash up food with his gums alone. The finger foods are important for development, and they help train for toddler eating as well as help develop the pinching reflex and fine motor skills.

So I started finger foods that day!

I started with Happy Baby Puffs and Yogurt Melts, and then quickly moved on to chopped up fruits like avocado, banana, and strawberries. For size reference, I would cut the banana into 1/2 inch thick rounds, and then across twice into quarters. This ended up being a size that was large enough for him to pick up the pieces, but small enough that he could never choke on them.

I remember from starting finger foods with Marlowe how scary it can be while your child is getting used to eating finger foods. Sometimes it takes them a minute to process the food and it’s normal for babies to gag. It’s important to always watch them closely while they’re eating and to never leave them unattended. But also know that gagging does happen, and if the pieces are small enough for them to handle, the worst case that has happened for us is gagging and throwing up. 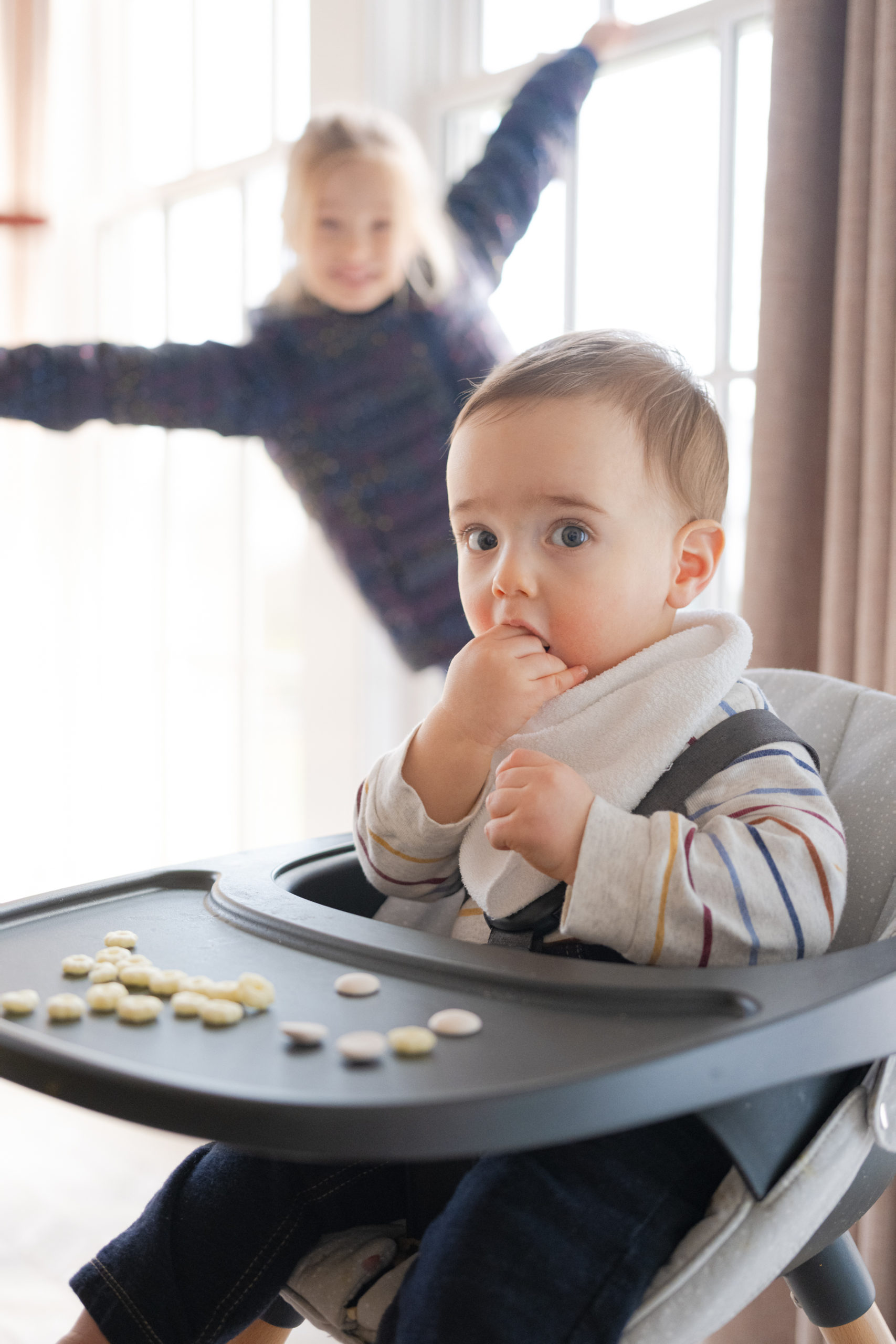 After about a week of Puffs, teething crackers, and those fruits, I moved on to letting him eat some of what we are eating at the table! He LOVES mac and cheese (I just make sure to overcook the noodles so they’re extra soft) and my meatballs are a big hit too. I just make sure that whatever I’m giving him is in small pieces on his high chair tray, and I don’t overwhelm him with too much at once.

And the great news is, mealtime has become so much easier. Especially when I’m feeding him at the same time as the other two kids. Having some finger foods on his tray occupies him so much, and allows me to draw out mealtimes a bit more.

I normally offer him finger foods first, and treat it as about “half” of his meal. Then, I’ll feed him some fruit or veggie puree mixed with oatmeal. I simply cut the amount in half that I was used to giving him when he was eating just puree. This system has been working great for us so far, and I find that in a few short weeks he’s been really improving processing finger foods with his gums, and picking up the pieces! I think his two new little bottom teeth help a lot also. 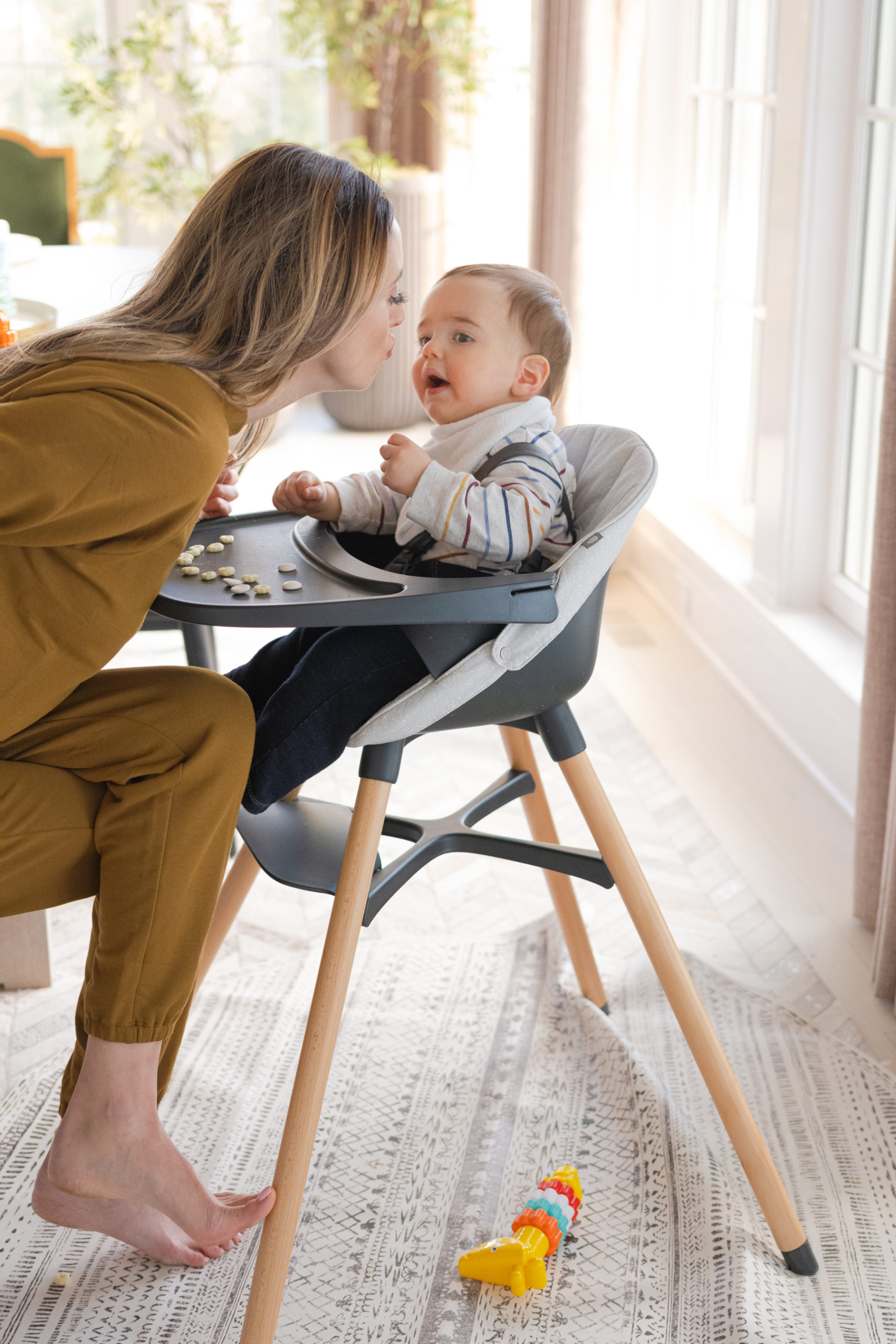 The one drawback I’ve found is that since starting finger foods, he wants EVERYTHING we’re eating. Even things that really aren’t safe for him to try. Like chips. LOL. If we don’t give it to him, he acts like we have committed the most heartbreaking act of betrayal ever and SOBS. It’s super relaxing. hahaha. Here’s to hoping the rest of those teeth come in so he can eat all of the chips, crackers, steak, and popcorn of his wildest dreams!

Let me know if you have any questions in the comments below! 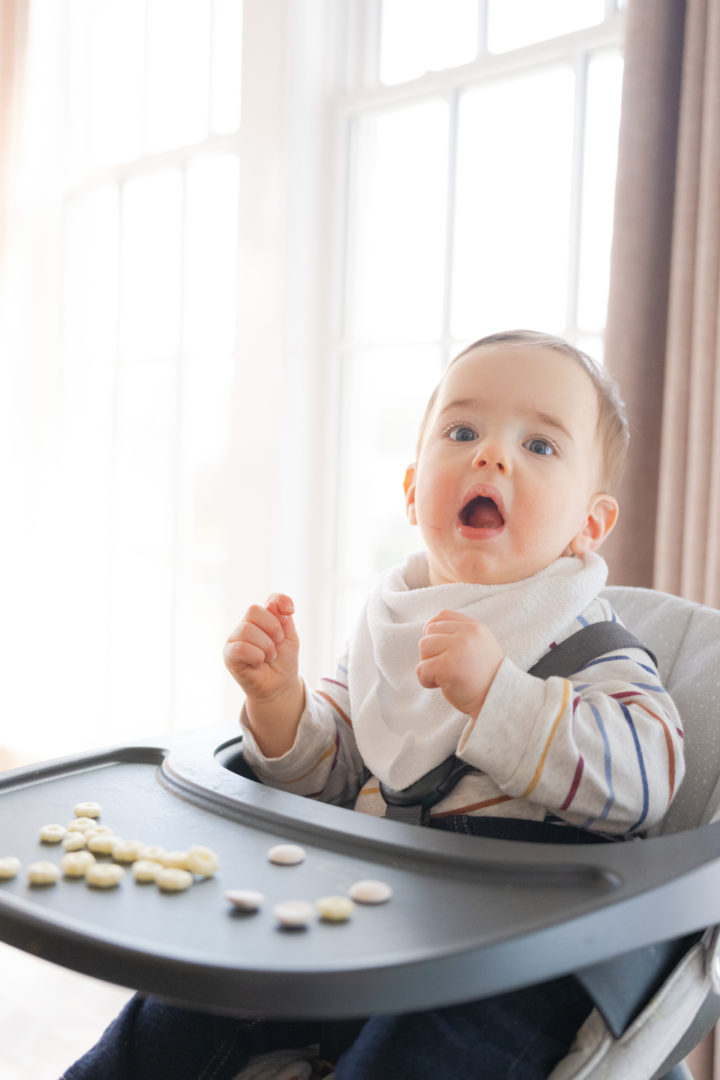