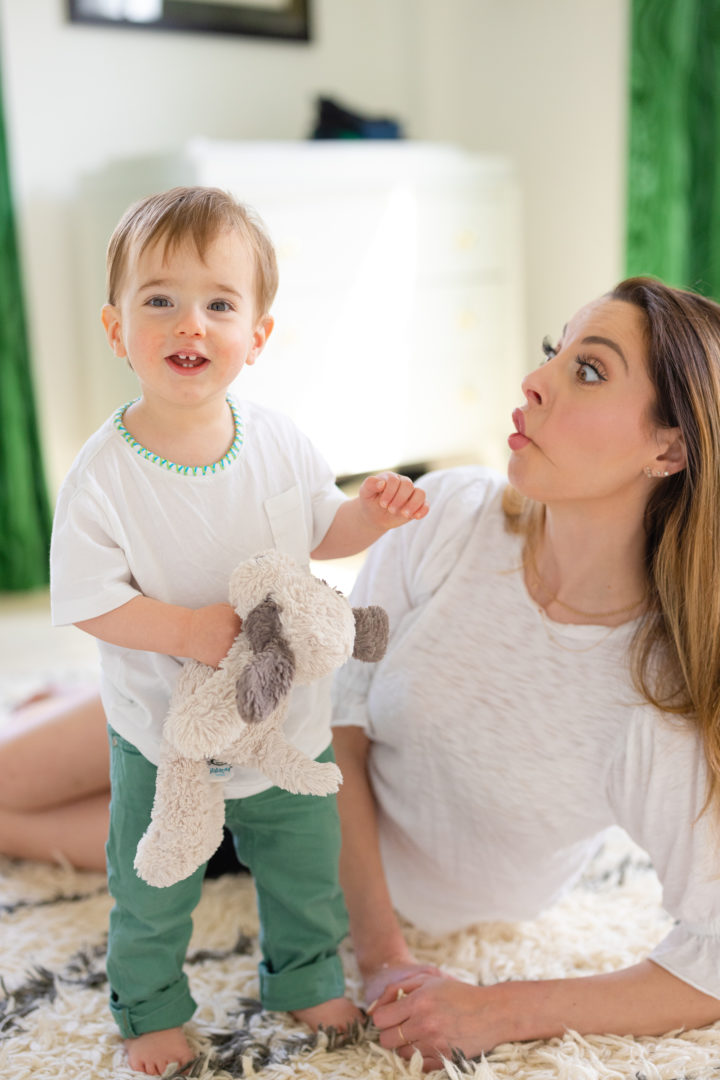 Houston, WE HAVE A FULL ON TODDLER!

Mateo is now 14 months old, and he is 14 months going on 14 years, I swear. I don’t know if it’s being the third kid and having older sibs to emulate, or just a part of his super bold personality—but Mateo is most definitely my biggest personality in the house. He’s also my most dangerous child!

It was only a little over a month ago that Mateo started properly walking…and he has skipped that phase entirely and gone directly to running. Except that he isn’t perfectly capable on his feet yet, so what entails is a pretty hilarious combo of a full-tilt run, mixed with nose dive into the floor or any large object. He’ll brush himself off and get right back up, but he never slows down! In a way, I admire it! LOL. 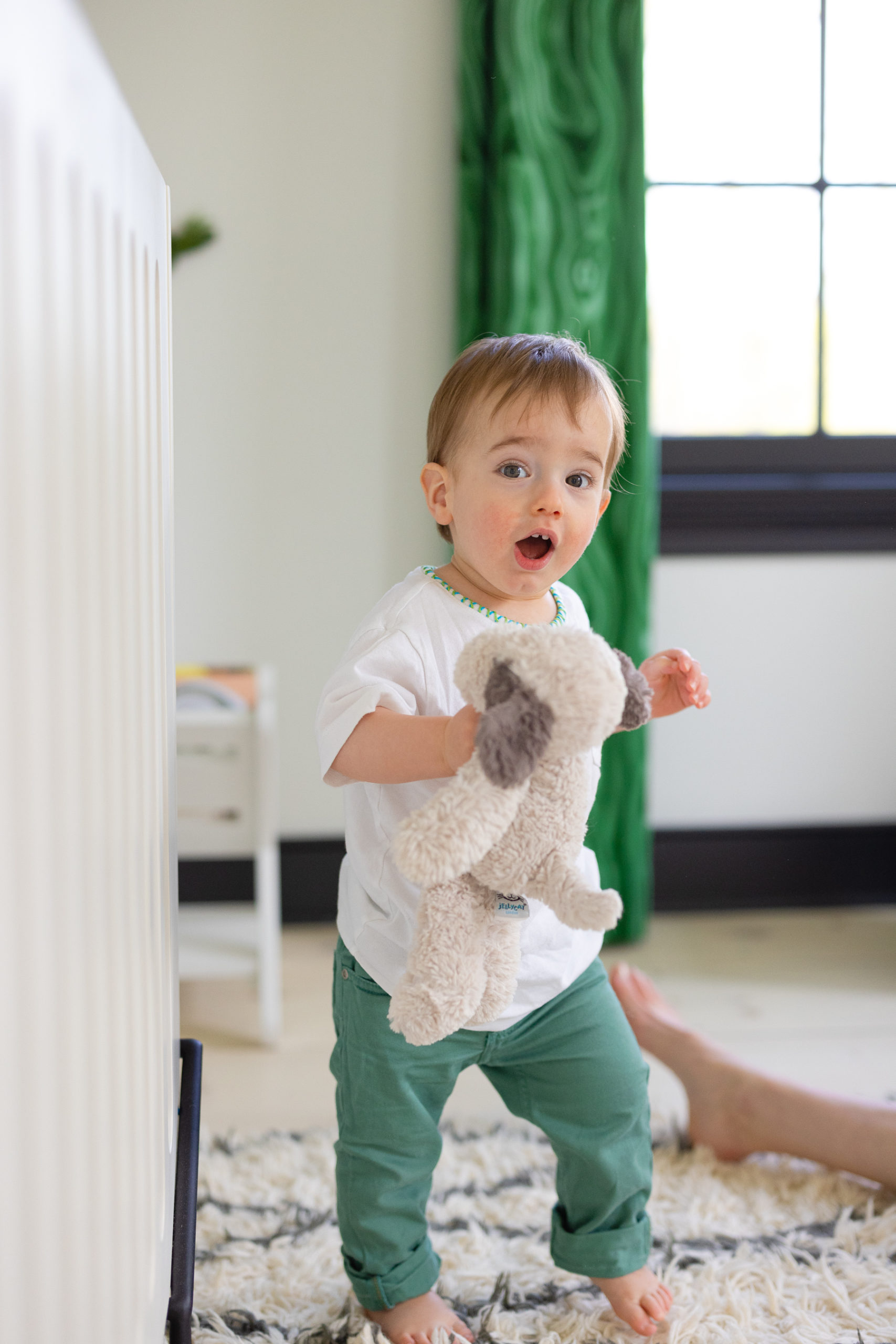 I will also say that Mateo is at the age right now that has, hands-down, been my favorite with all three kids so far. For me, 13-18 months is the cutest sweet spot where you just can’t get enough of them! I’m enjoying him so much right now, even when he drives me crazy!

Today I thought I would share a little about what life is like with Mateo these days, and some products we’ve been loving. Let me know if you can relate to any of his toddler vibes! 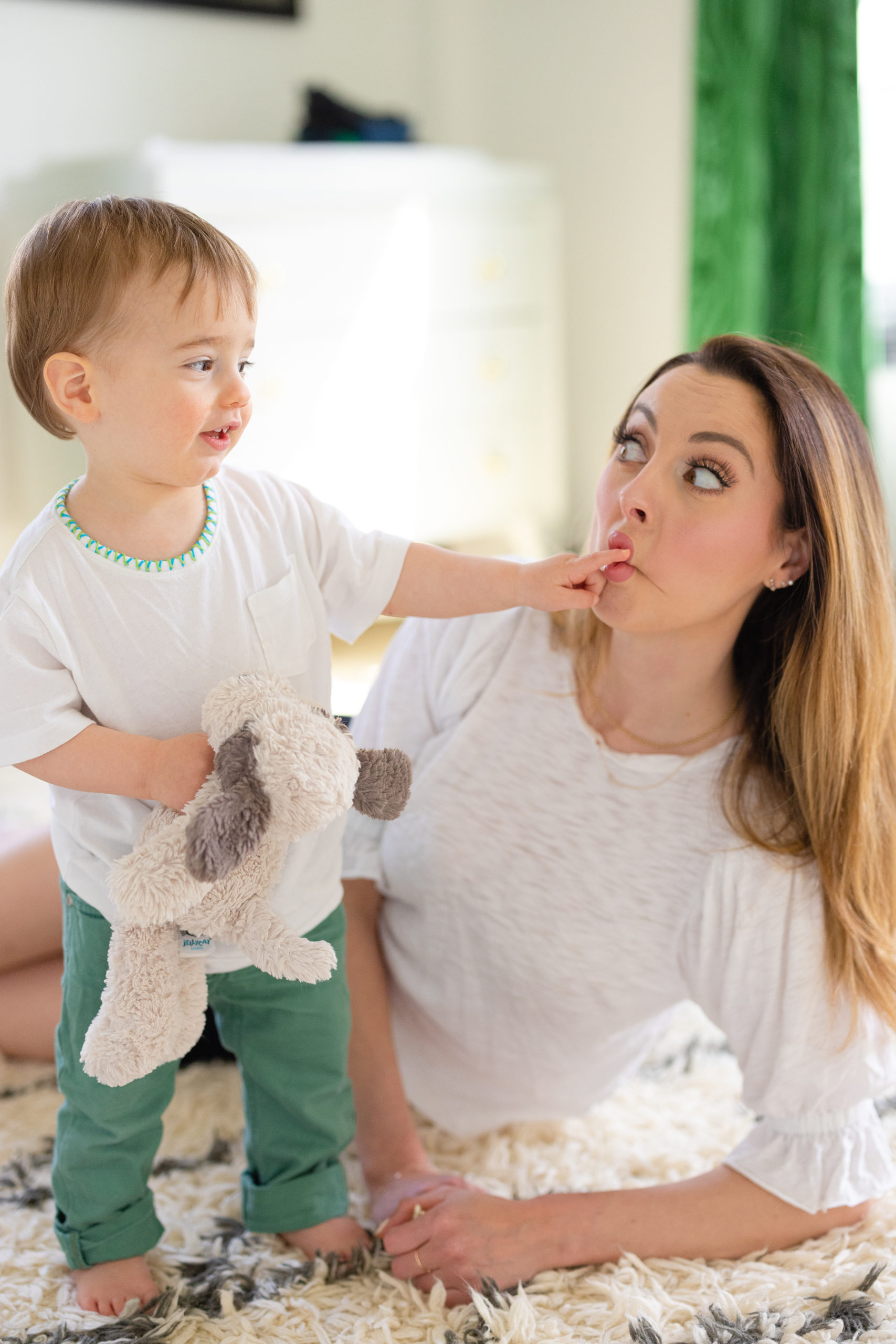 I guess I should have seen this coming as the third child with significantly older siblings…but Mateo really believes he’s the same age as Marlowe and should do everything she does. Does he get to? Not so much. He gets SO frustrated when he can’t roll with the big kids, and ends up acting out. I do allow him to do a lot more physically than I allowed the other kids to do, partially because I’m less nervous as a mom this time around, but he definitely wants to have a lot more freedom than he gets these days!

This is a slightly less cute reality these days, but the tantrums are so extreme that they’re kind of hilarious. We find ourselves holding back laughter. He gets up and then throws himself down on the ground and does a barrel roll move, and covers his eyes, and growls at us, and just overall acts all kinds of EXTRA. I mostly ignore him, or move him to a rug so he doesn’t hurt himself. So far, Mateo: 0, Mommy: 1.

TALKING UP A STORM!

It feels like every day there’s a new word that Mateo says! It’s the cutest thing ever to hear his little voice saying new things, and to hear him come up with little nicknames for people and objects. Unfortunately, he thinks he is way more intelligible than he actually is, and gets super frustrated if we don’t know what he’s saying. I mean I guess I can understand that. I’d be furious if I was trying to join a dinner conversation and everyone kept guessing everything except what I was actually trying to say! 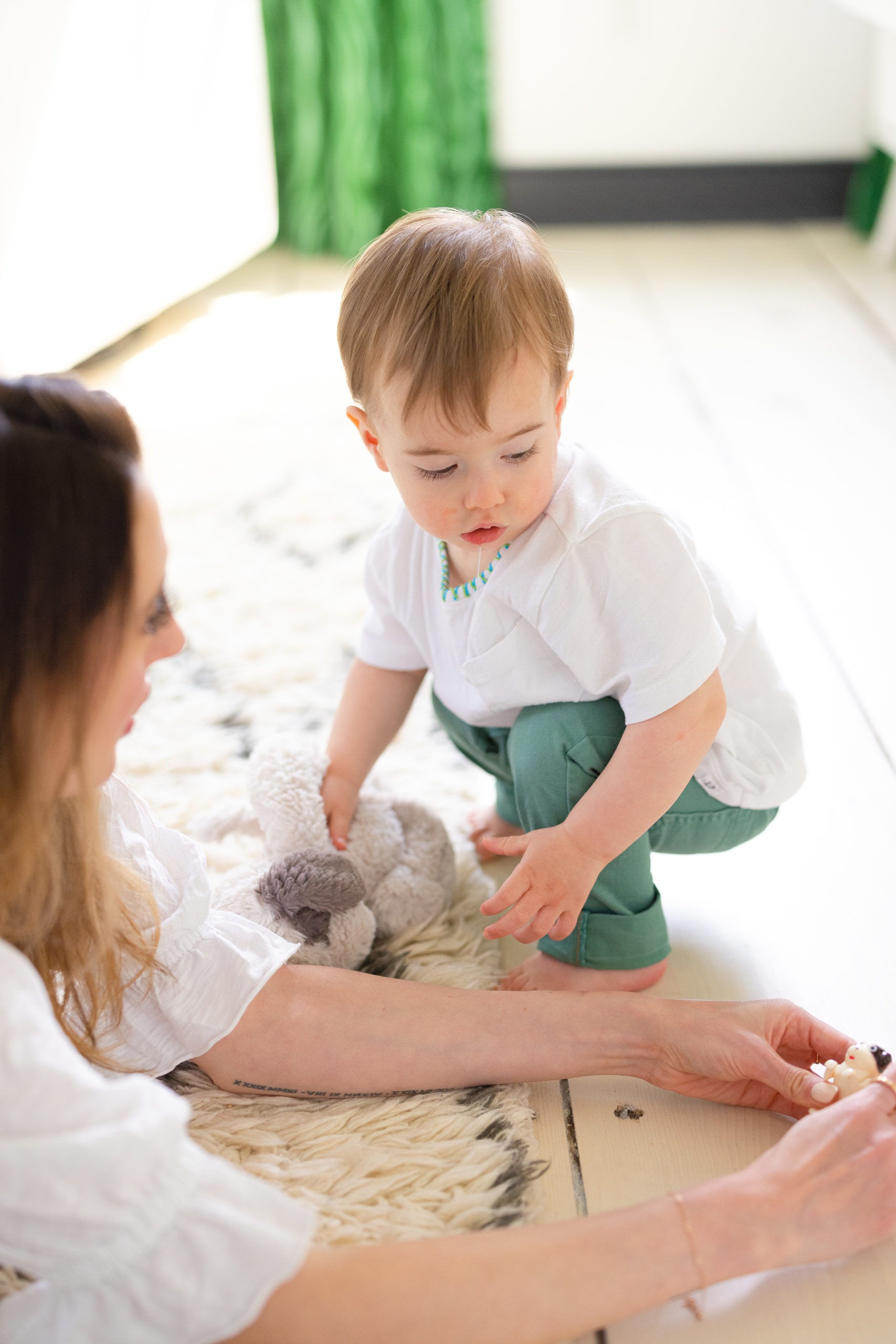 Mateo has started making his own jokes now, it’s so funny! He’ll make little faces at us, or hide things, or do silly things to make us laugh. it’s so sweet to watch his personality really come out, and it turns out he has a great sense of humor! He also finds things SO funny, and has the greatest belly laugh. Marlowe is the one in the family who gets him going the best– all she has to do is look at him sometimes and he cracks up!

Mateo’s favorite things currently include: Playing with toy cars, digging with a shovel, doggies, and Elmo. He also looooves watercolors, which I guess is not the most classic toddler activity, but one that I love the most. I can always occupy him with a paintbrush and watercolors in his high chair!

I’m not sure if it’s normal to be so sassy at 14 months old, to be perfectly honest, but Mateo likes to dish it out. For example, If I’m telling him to stop doing something, he’ll put his finger to his lips and say “Shhhh”. I almost spit out my coffee the first time he did it. 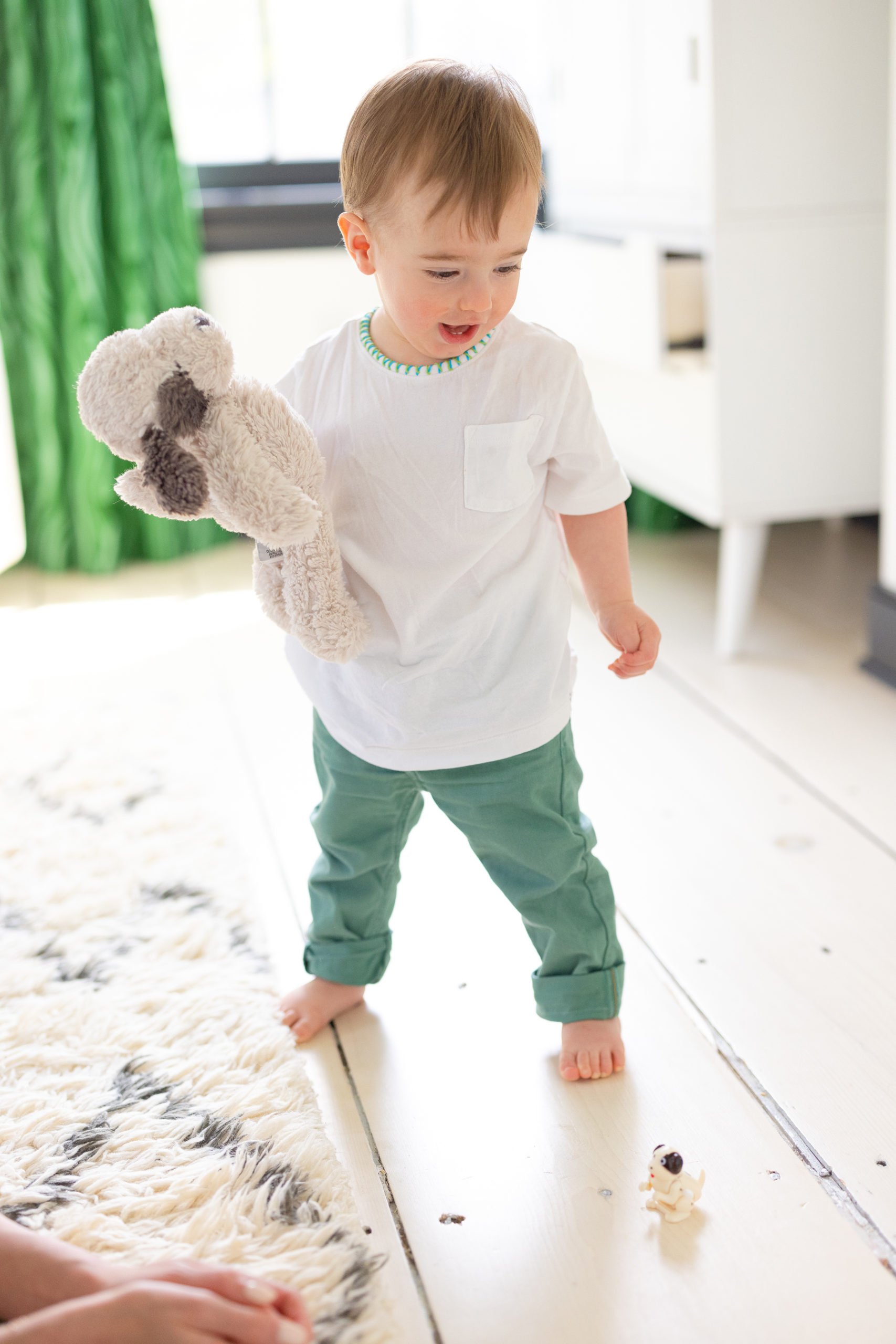 My little Snuggle Bug is going through a phase where he is not so snuggly! Major was the same at his age, and only has recently become my snuggler again. I’m hoping the same happens with Mateo, because it sort of kills me, to be honest. He would much rather be off exploring or doing something than getting Mommy hugs, and I guess I have to be fine with that. Sigh.

Mateo is an early riser. I think by nature? He is fully sleep trained but only seems to need about 10-11 hours a night, instead of the 12 I’m used to with both other kids. It could definitely be worse, but he wakes up an hour earlier than his siblings and is ready to party. I’ve somewhat adjusted, though I’m hoping once we cut back on the naps he will need more sleep at night!

A FEW OF OUR FAVORITE THINGS…

Let me know if you have any other questions about the daily products I use with him that aren’t mentioned below. I’d be happy to share! 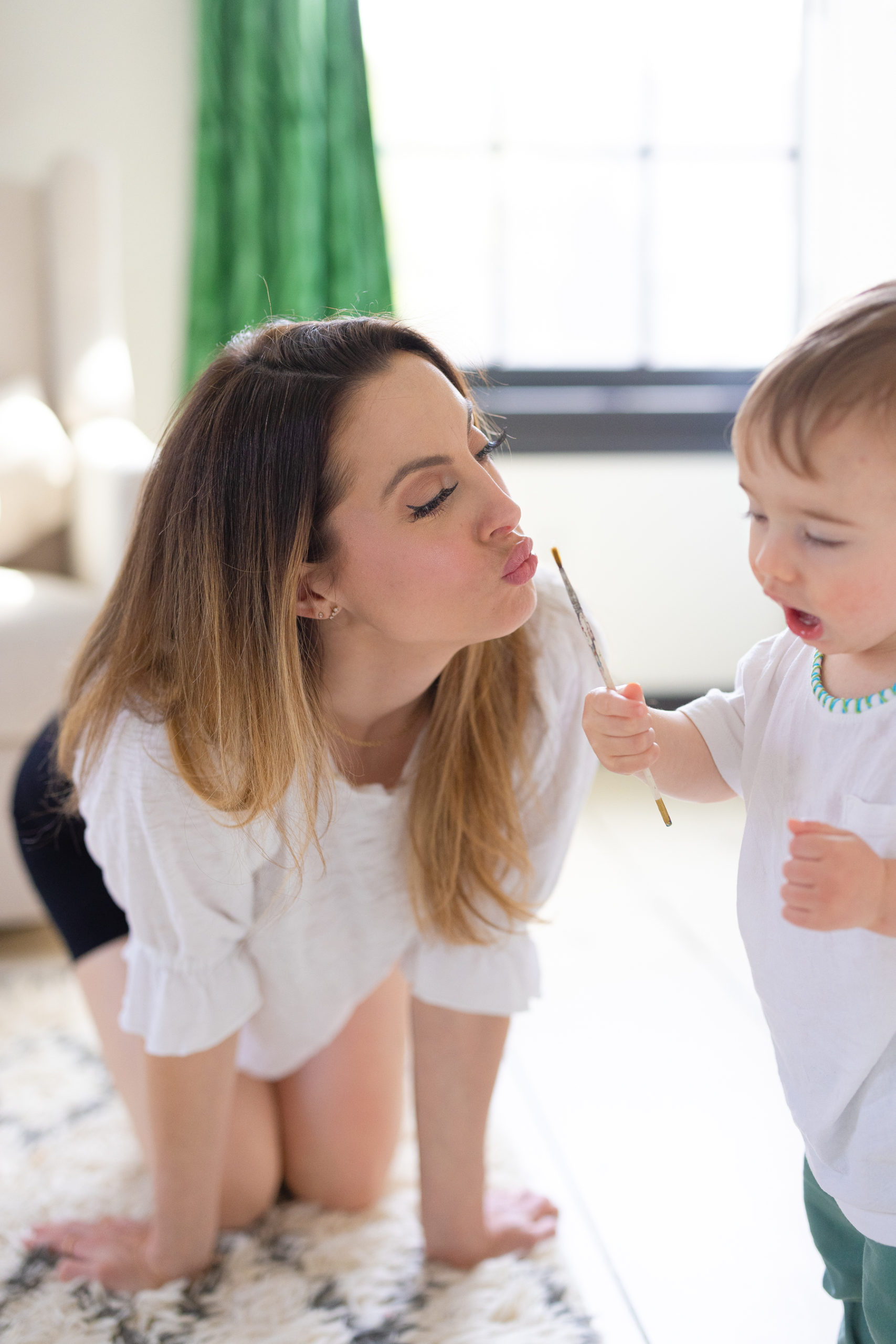 Mateo loves this toothbrush. It helps with teething too!

Speaking of teething, this has been my go-to with all three kids. Highly recommend!

This is the best noise machine ever! Mateo’s room is at the top of the stairs, so it’s a heavily trafficked spot and he sleeps through everything with this!

If you are like me and don’t have time to hunt for educational toys for your toddler, or research how to stimulate them, this subscription service is for you! They send you everything to keep baby having fun AND learning, and they teach you how to use everything!

Love love love this high chair! A Must! So chic and easy to clean, plus turns into a toddler chair later.

We use this set, and Buggy can’t throw it. Which for him is a PLUS. Lol. 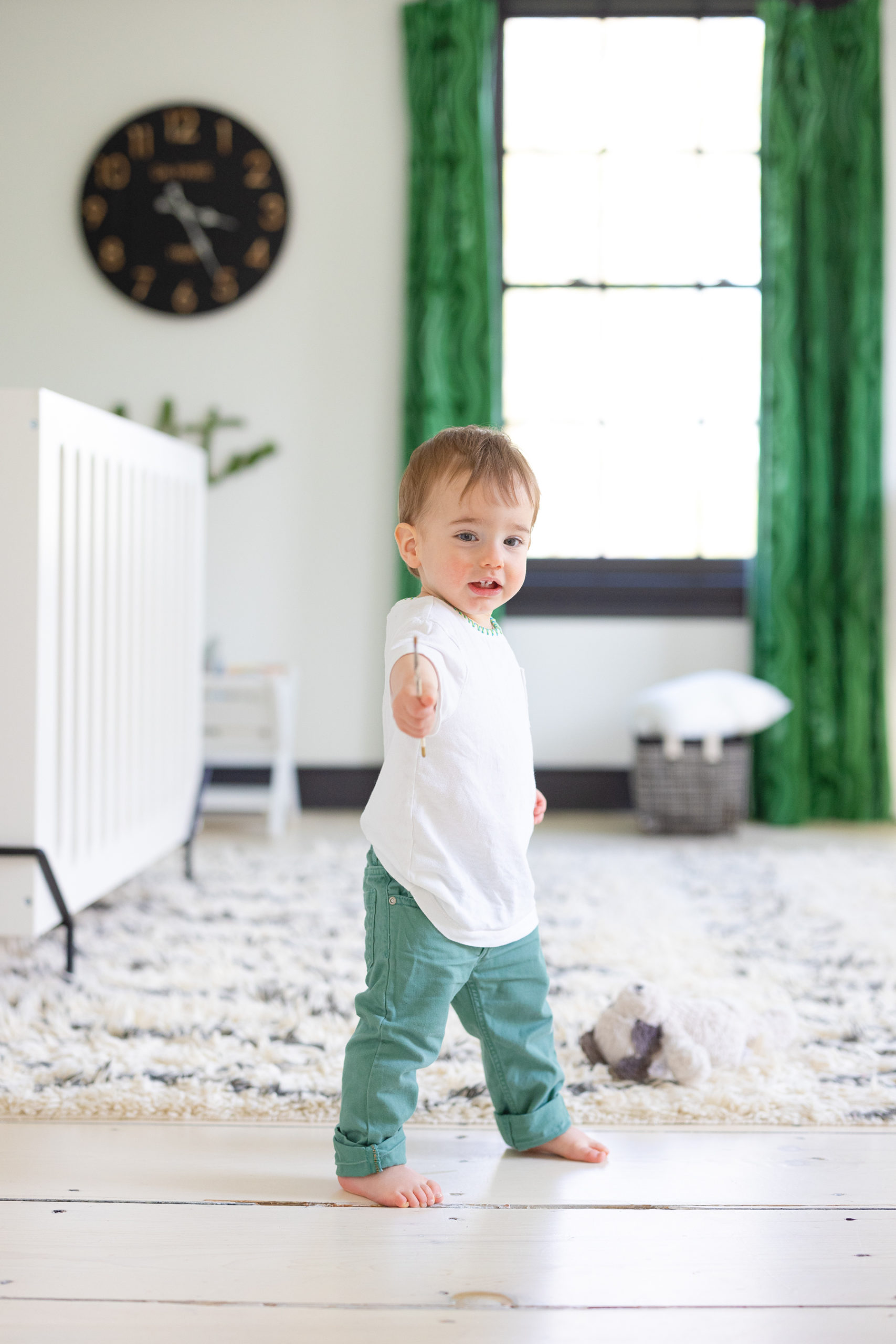 I use this chair at my kitchen counter, and bring it to restaurants with us! It’s so easy to set up, and really secure, plus it puts babe at a great spot at the table to where they actually feel part of the action!

This is one of Mateo’s favorite toys right now, he plays with it for ages!

Mateo is obsessed with this watercolor set. And it’s super inexpensive!

Velcro Superga’s are my favorite shoes for Mateo right now. They’re sold out a lot of places but I found sizes in navy here!

Mateo has pretty sensitive skin and gets eczema from time to time. I LOVE the Tubby Todd product line for him, and their all over ointment in particular gets rid of irritated skin overnight! It’s a miracle worker! 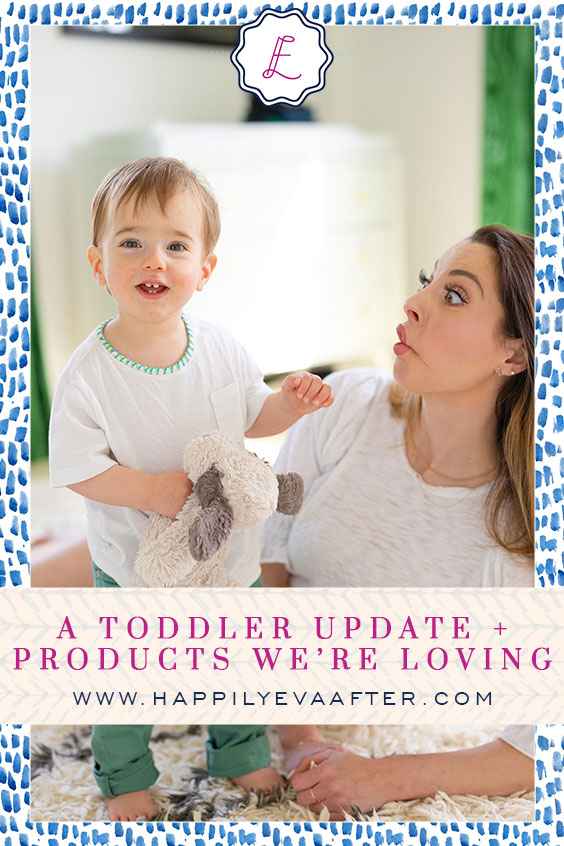 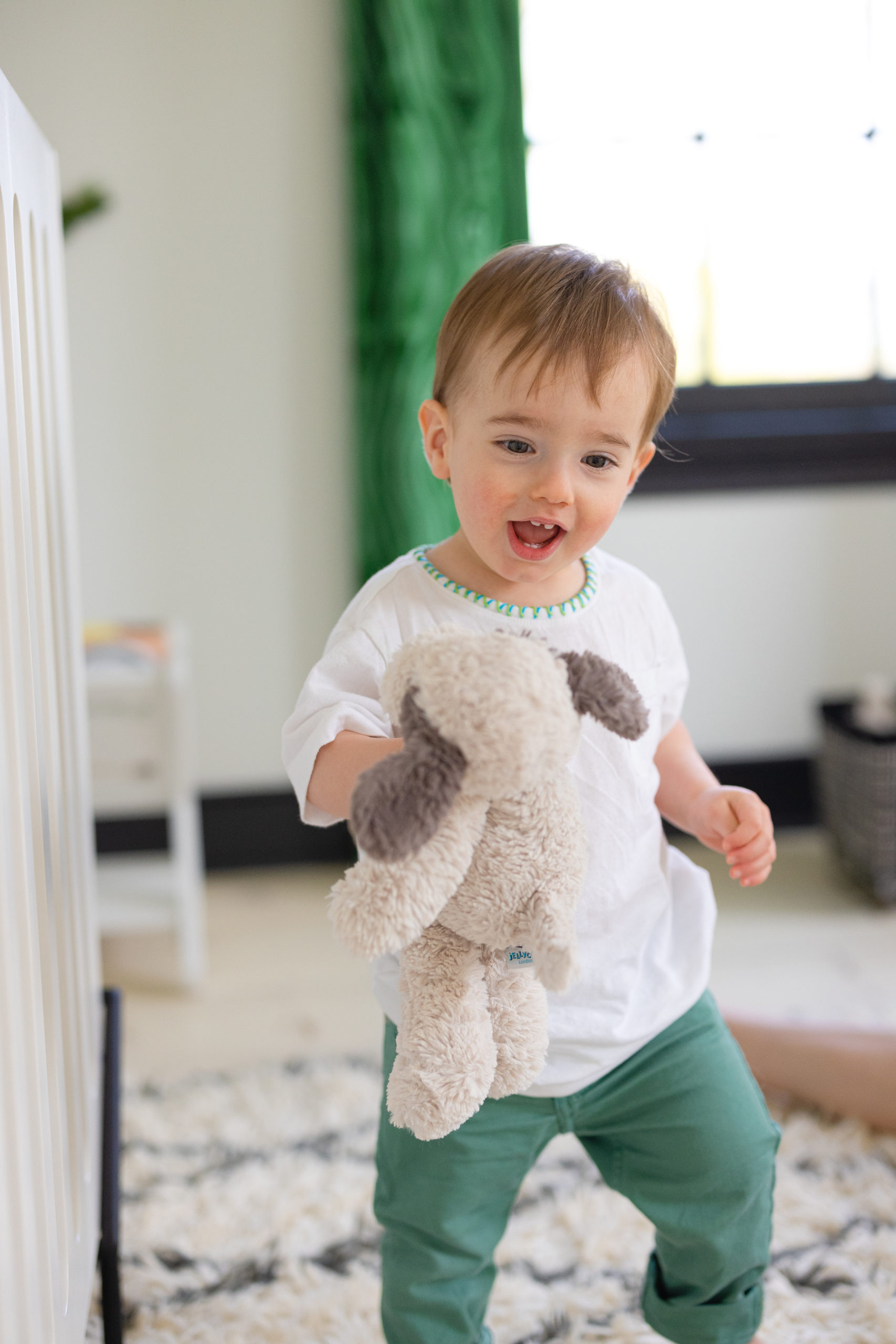