First of all, you’ll notice that Marlowe received two guinea pigs for her birthday and that there is only one (singular) guinea pig as the subject of this post.

Let’s get that part out of the way first, because it was a truly stressful and sad situation for us as a family–and for Marlowe of course! I’ll start from the beginning: I had learned from my guinea pig research that they are very social animals and thus prefer to have a “friend” in the cage with them. I decided to buy two guinea pigs, and got them both from the pet store, along with everything they needed. I asked a lot of questions at the time, and all of them were answered…but nobody ever told me one of the most important things, which is that two males in the same cage can end up being REALLY bad. 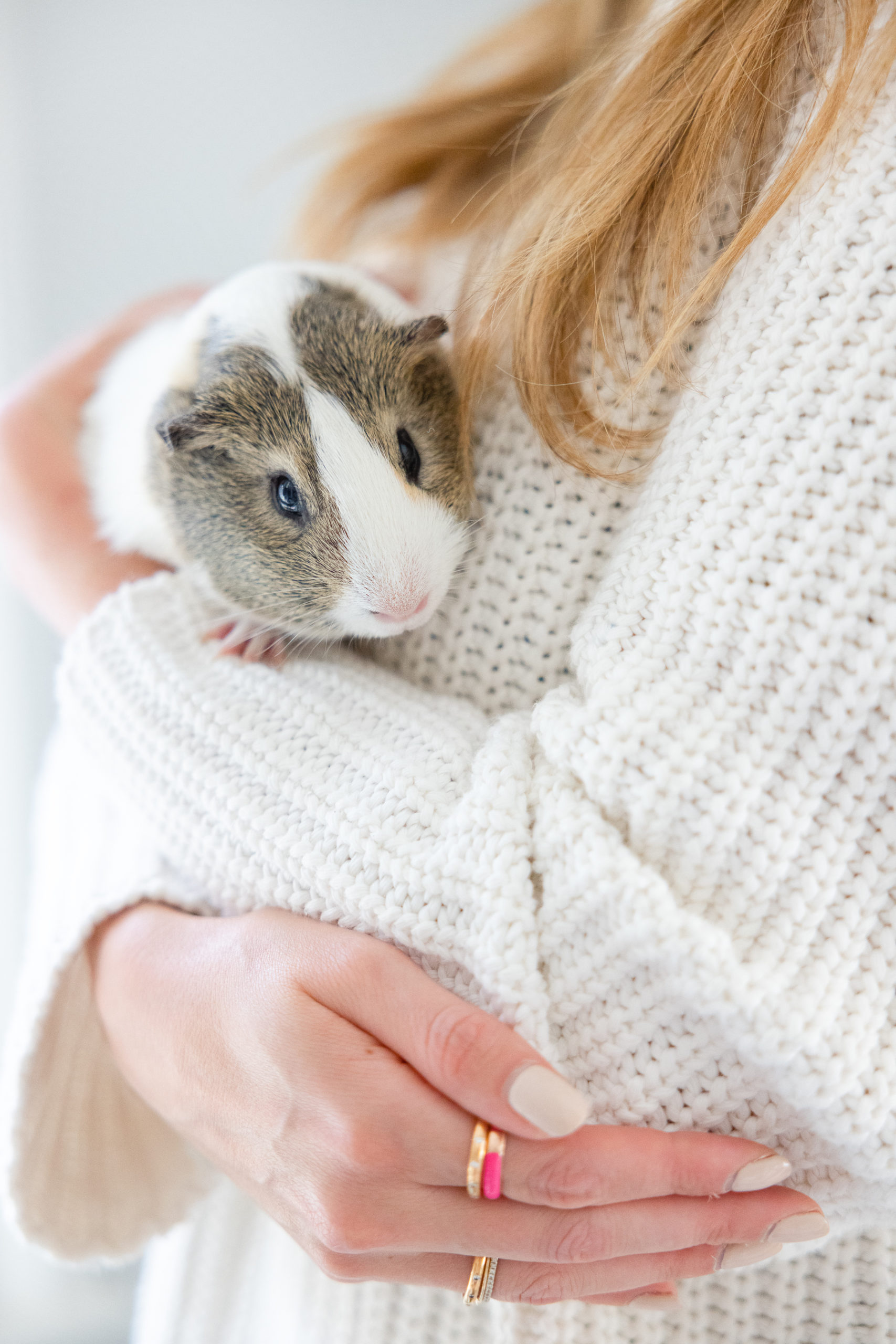 About ten days after bringing the guinea pigs home, one of them started biting us. Every time we held him, he’d bite and break the skin. Both Marlowe and I had to get prescription antibiotic ointment. It was awful because all of a sudden Marlowe was really scared of one of her new pets. We would try not holding him for a few days, or doing it differently, but he kept getting really aggressive. I called the store where I bought them to try and get some more information about what we could do to stop the biting. The man who answered the phone was horrified to learn that we had two male guinea pigs together.

“Why did you get two males? They didn’t tell you that one of them was going to get aggressive?!”

So, apparently, if two males are in a cage together one of them can get aggressive and try to dominate the other one. He gave us some things to try and said to call him right away if the aggressor (Oakley) started mounting the other one (Alexander) or attacking him. In the next few days, we noticed Oakley nipping at Alexander from time to time when food would go in the cage or when they both wanted to drink water. And then one day, Oakley started trying to mount Alexander and really started biting him hard and drawing blood. It was so upsetting. I called the man back, and he said to bring Oakley back and they could have him adopted as a single guinea. I talked to Marlowe about it, and she agreed that she wanted to make sure Alexander stayed safe. We re-homed Oakley and Alexander is now a solo guinea pig! He is so much more chill and I can tell he feels a lot safer than he did before. He’s getting used to us now and is much more cuddly and calm than he was able to be when he felt under attack. 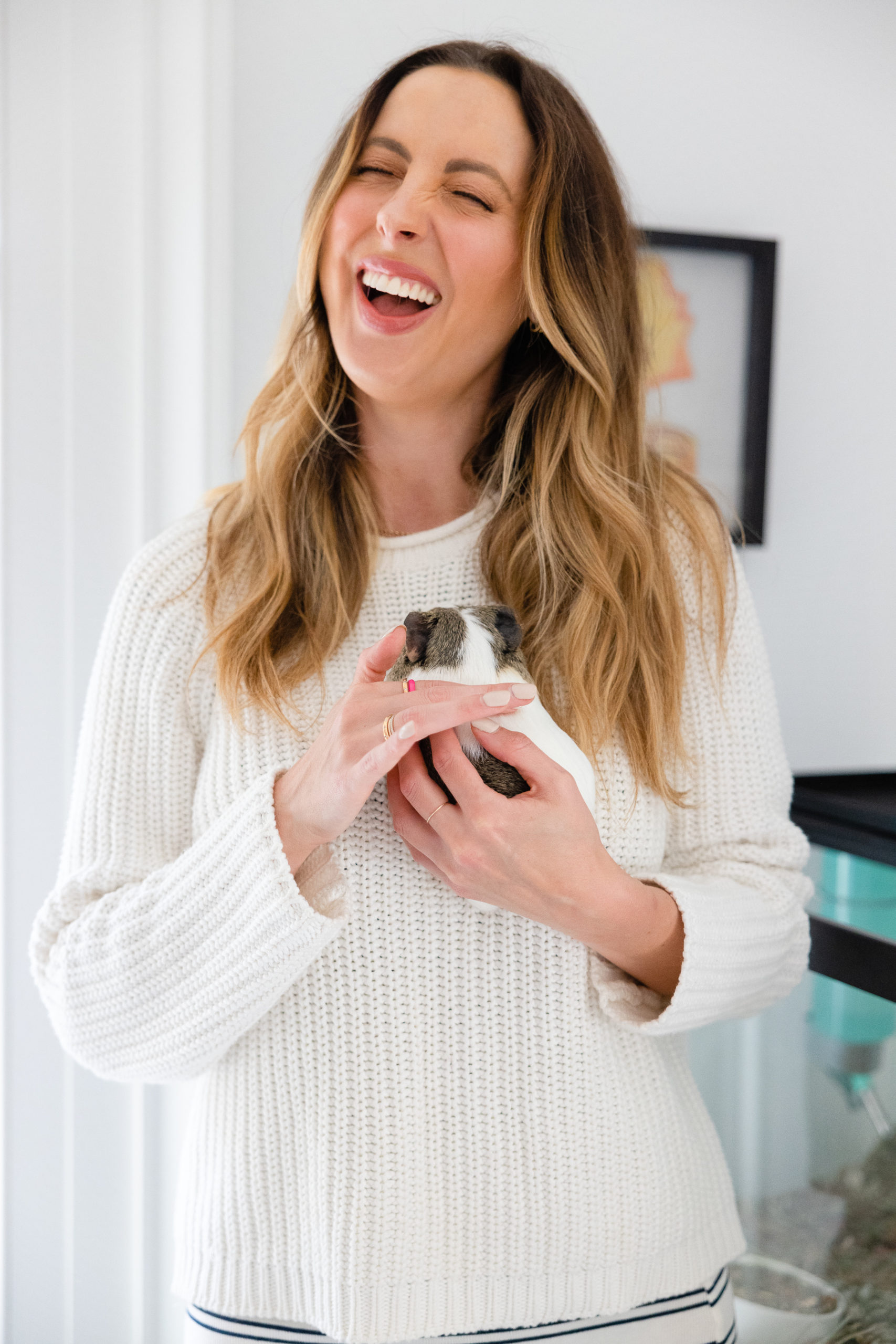 Alexander Hamilton Martino is now our only pet, but a good one. It’s been great to see Marlowe take on more and more responsibility with him as she learns to clean his cage and feed him on her own. She holds him wrapped up in a towel so he can burrow down in the folds of it if the room gets too noisy and he doesn’t feel safe. He’s definitely getting used to the energy of our household, which admittedly can be on the higher side! We don’t really let Major or Mateo handle him alone for now, but I’m sure that will come with time.

One of my favorite things about having a guinea pig is listening to his cute little noises. I also love that I can hear him at night! As a city kid, I always felt that the suburbs were too quiet after dark…and now I have the noises of our little guy going back and forth to get water or food, and it reminds me a bit of the feeling of a city. I never in a million years thought I’d be a guinea pig grandma, but here we are! LOL. Please let me know any fun Guinea Pig tips or tricks you may have! 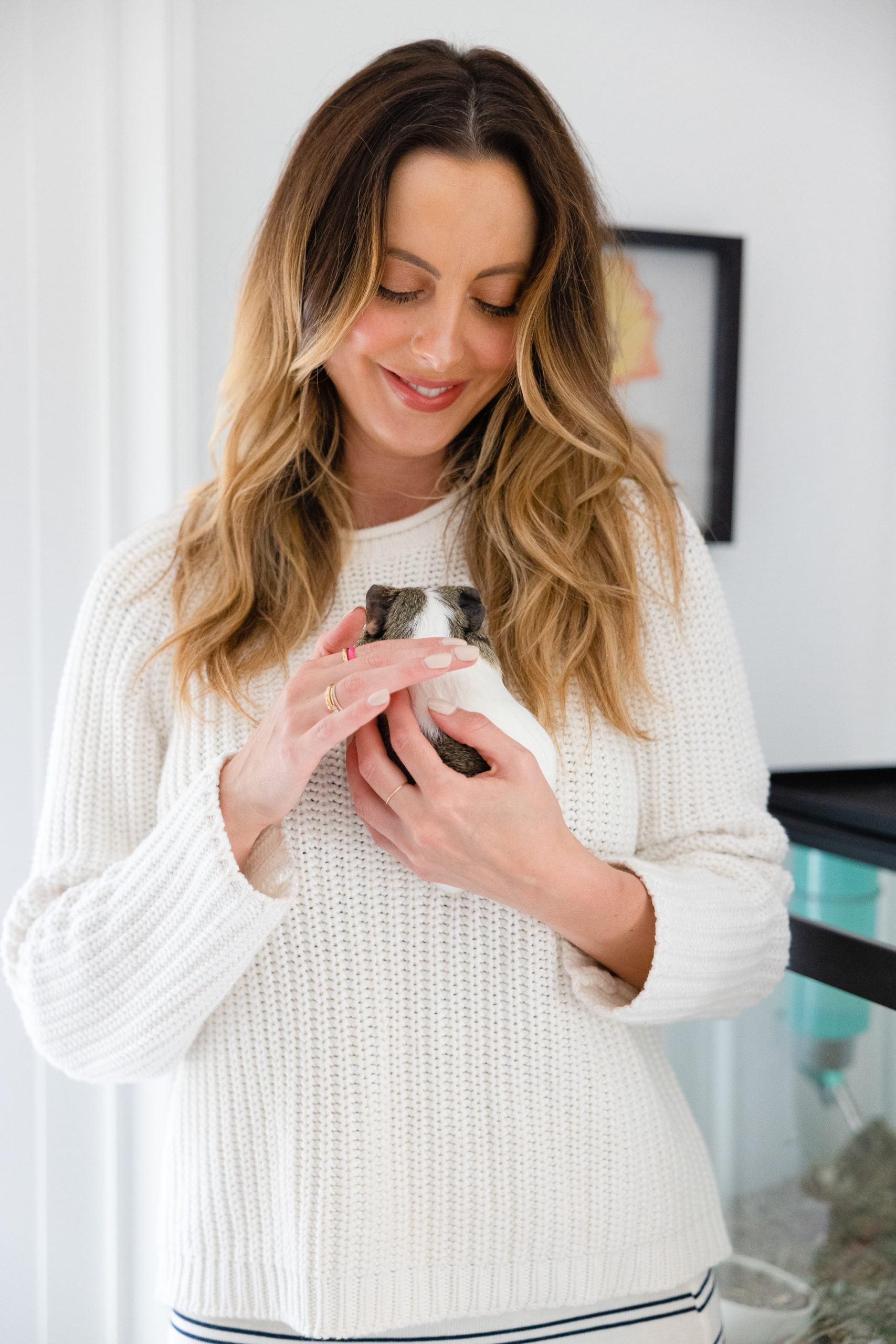