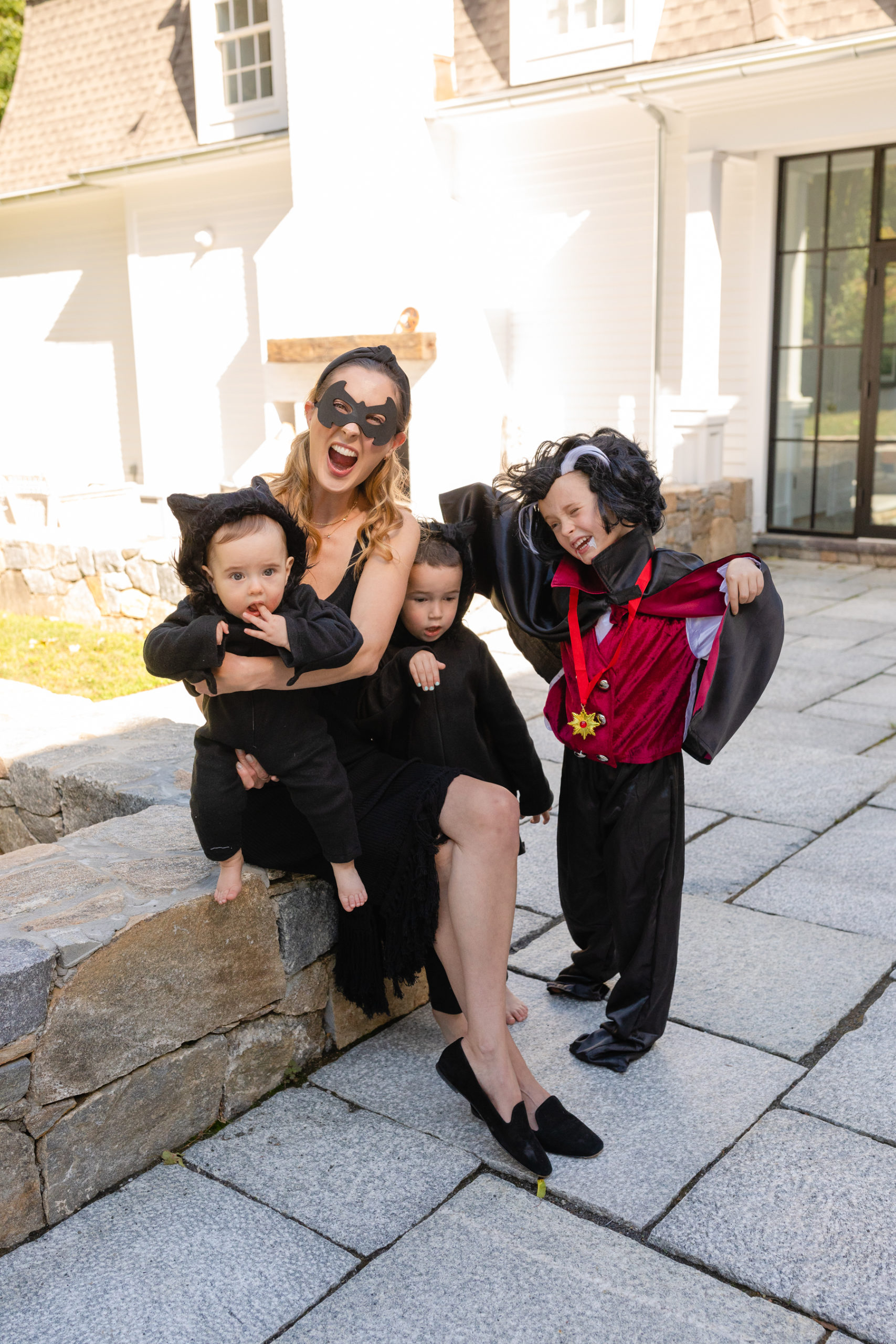 Halloween is around the corner, and this year I’m going to be sharing three family costume ideas in the coming weeks! Marlowe and Major actually came up with these ideas, and I helped them bring them to fruition. I think overall they had fantastic ideas, and the costumes came out great, with minimal planning or crafting — which was important to me this year with the 0.0% extra time I have to figure out making costumes at home. Eeeek! 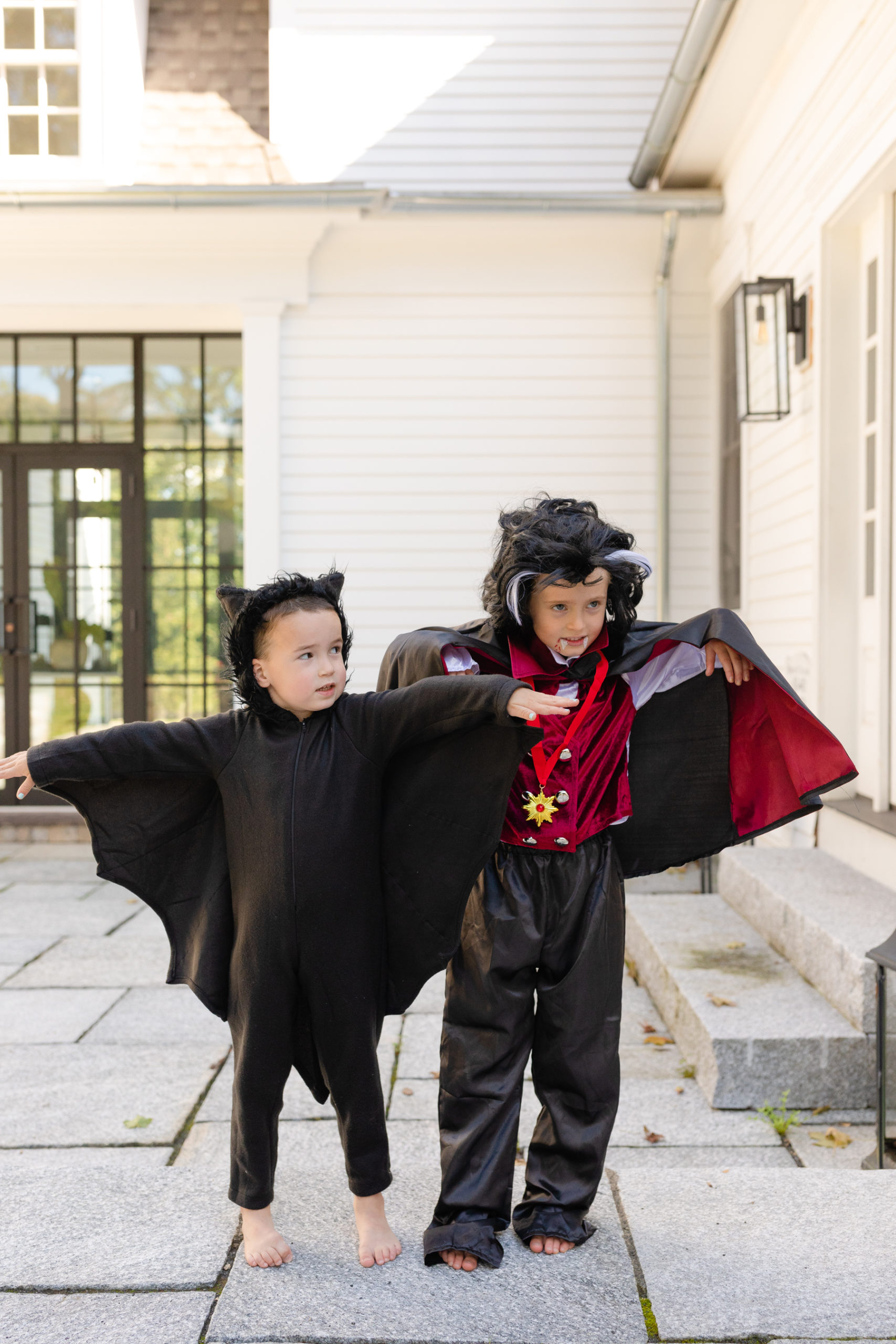 We still don’t know what Halloween itself will hold for our family — I plan to stick to what our town guidelines establish in terms of safety. And I can’t say I feel great about the idea of my kids’ Trick-Or-Treating, so if it IS allowed, I may just opt-out. I floated the idea to the kids of doing a little candy hunt on our property with the small group of kids my kids have been safely seeing (I kind of hate the word “pod”, but you know what I mean) and they were stoked on that idea. Maybe that’s the answer! I’ll keep you posted. 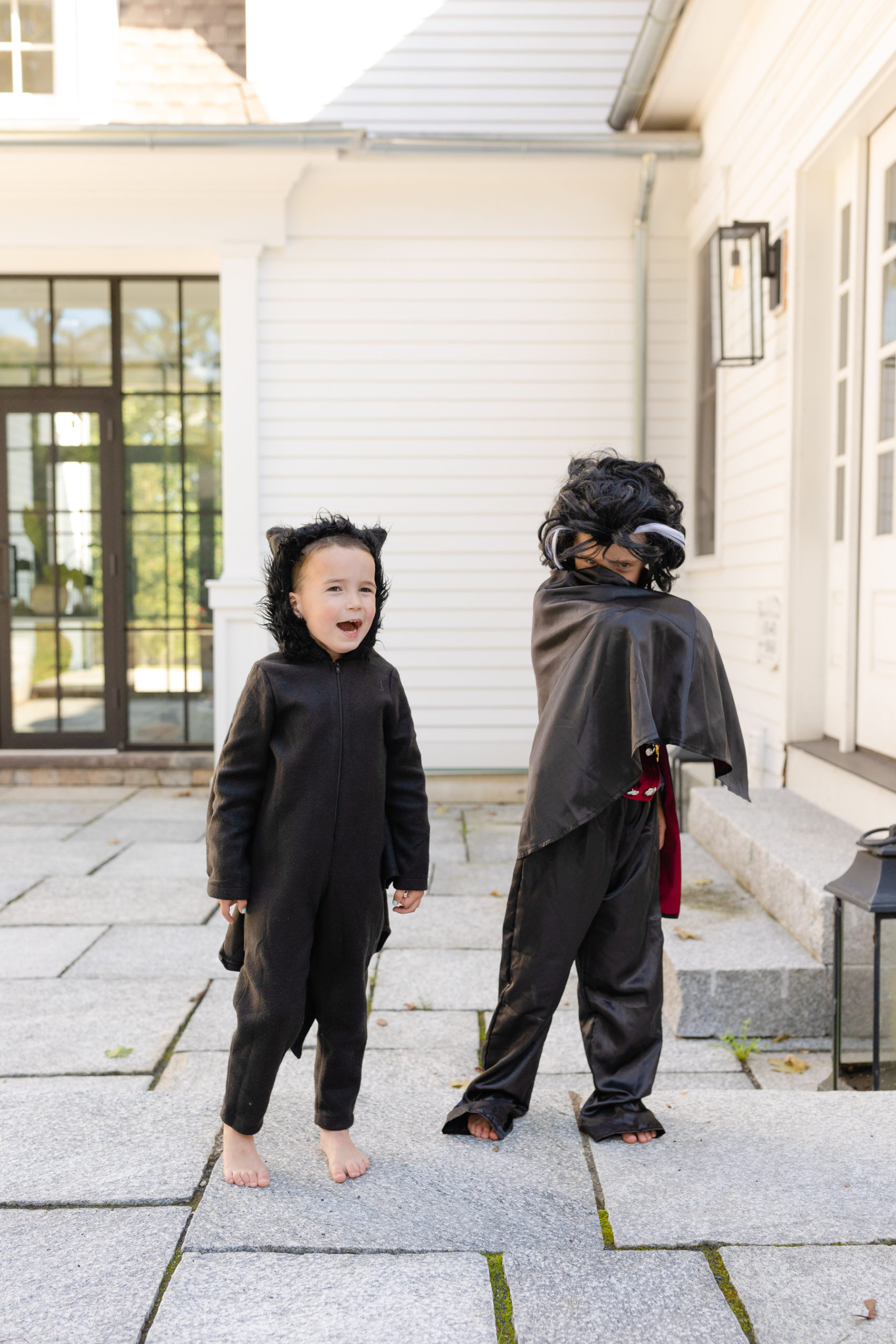 But, without further ado, allow me to introduce you to Family Costume Number One:

This costume was purely Marlowe’s idea. She was a black bat for Halloween last year and this year was ADAMANT that one of our costumes should be Vampire related with her as the vampire and the rest of us as bats. She wanted to be a male vampire, though, and really wanted “a medal”. I’m not sure how she got this ultra-specific idea, but I’m kind of obsessed with how her costume turned out. It’s like Elvis got turned into a vampire and I am here for it! Plus my two little boys as furry bats…I can’t. 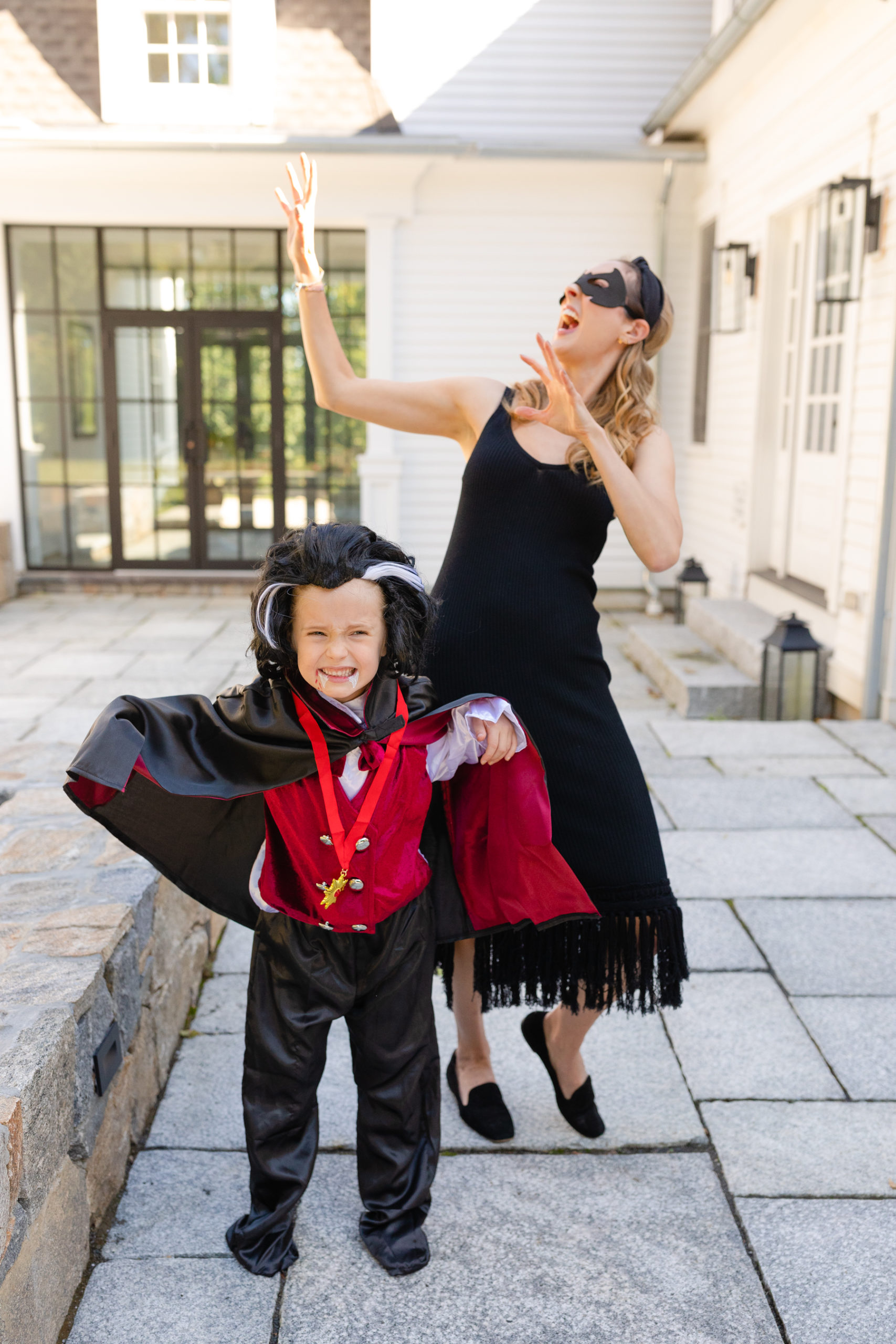 I mean…can you even handle this costume?

Is it not just like Elvis and Freddie Munster had a wig-baby?

Here’s the bat costume for kids…

…and here’s the bat costume for toddlers!

And here’s an easy mask for mom!

Shop Now
Full disclosure: I have a phobia of bats IRL, so this was kind of an intense costume for me, but maybe it’s some kind of immersion therapy? I put on a bat mask and called it a day. LOL. 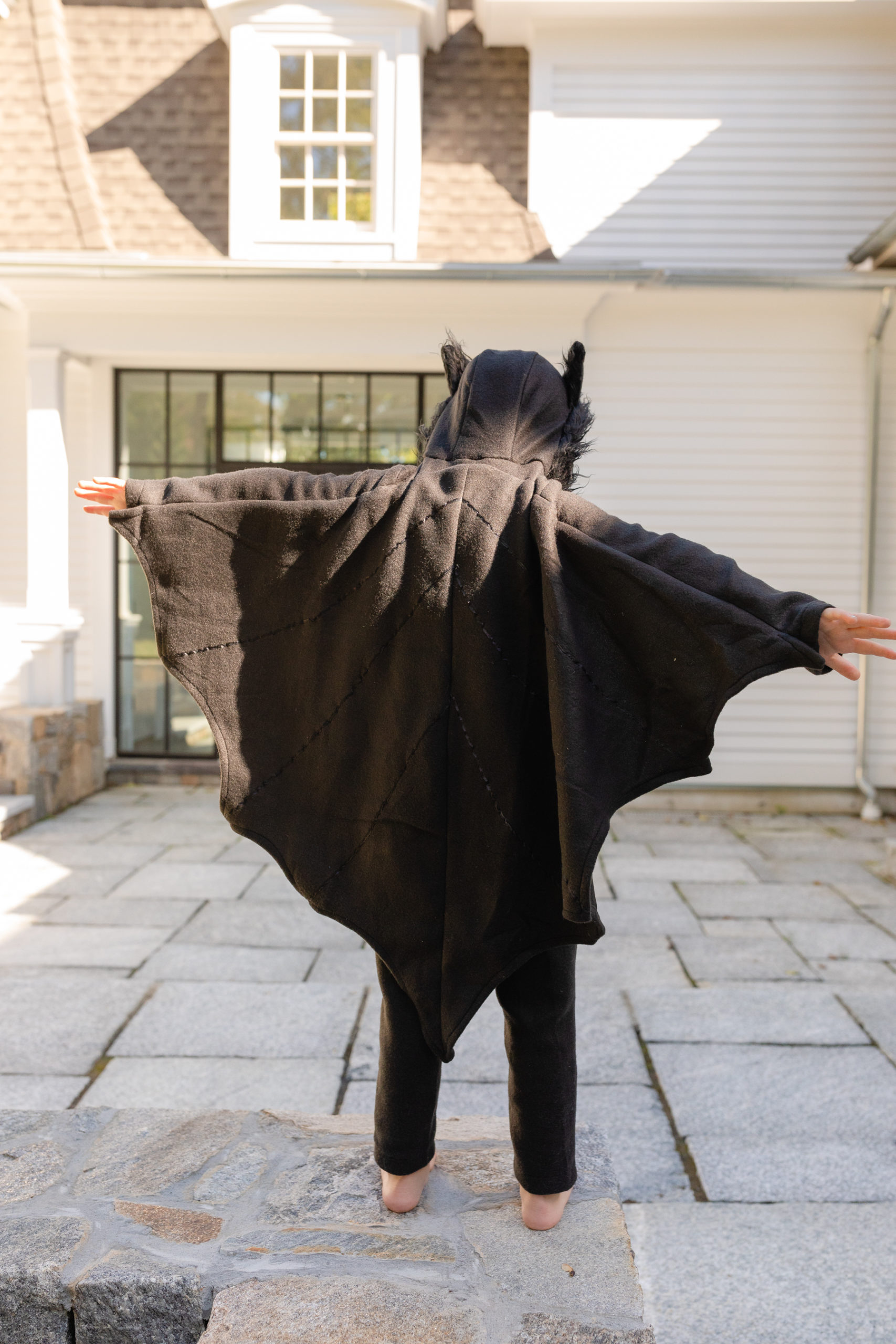